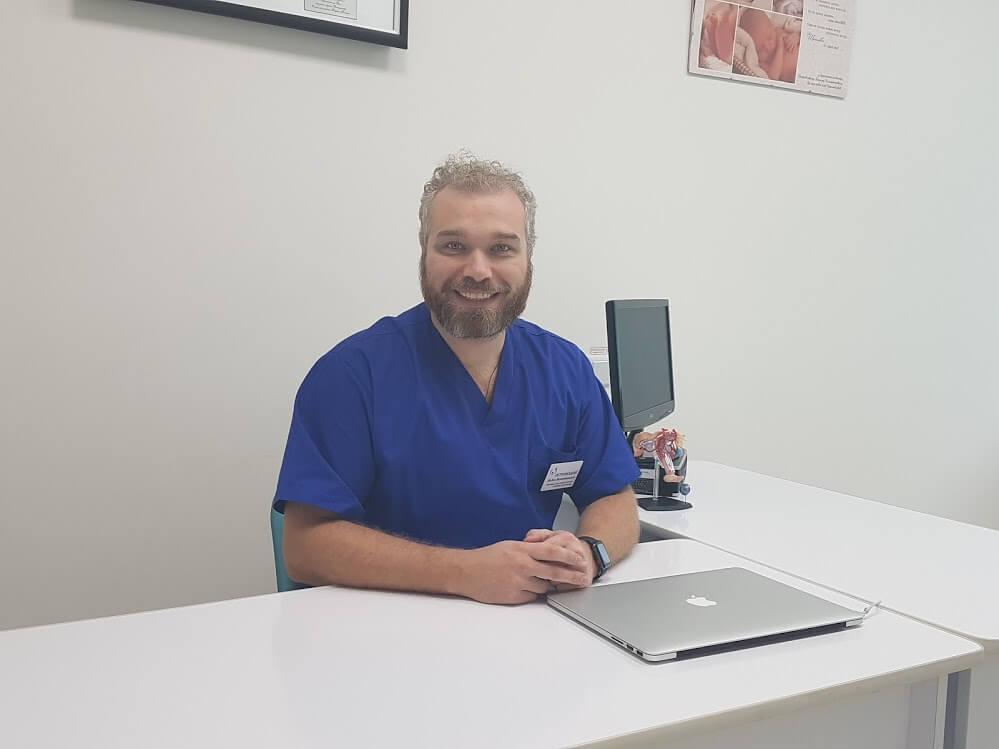 According to statistics, about half of the women who gave birth develop prolapse - the internal organs lower. Often, women do not even guess about this until the loss begins. From this affects from 15 to 30% of young women, and in old age - up to 60%. And most of them are silent about this problem ... Vadym Petrovskyi, first category doctor, obstetrician-gynecologist, head doctor of the Bogoliuby MC consults what every woman should know about genital prolapse

- And why does the disease occur in young women?
- This is mainly due to traumatic as well as numerous births, frequent changes in sexual partners, hard physical work or great physical exertion among athletes.
The development of genital prolapse also contributes to constipation. But it is worth noting that prolapse in turn also contributes to the development of constipation. During the act of defecation, when a woman is pushing, the abdominal muscles are tensed, internal organs are pushed out and damaged membranes burst even more.

- How fast does the disease develop?
- Genital prolapse develops quickly if it is caused by significant trauma. In other cases, the process of prolapse of the uterus continues slowly, gradually and steadily over the years.

- What should a woman pay attention to?
- To identify the disease at an early stage, you need to regularly conduct self-examination during the morning or evening toilet of the external genitalia. First, prolapse can be felt with your fingers, and when the cervix floats out - this is already visible. Sometimes the disease is preceded by a constant severity in the lower abdomen, frequent claims to urinate, a feeling of incomplete urination, pain in the perineum. Subsequently, visual manifestations join in.

- How is genital prolapse treated? Is it possible to do without surgery?
- I note right away: treatment with pills or injections is not always effective. Drugs can correct the hormonal state of women, indirectly will lead to the strengthening of connective tissue in her body. You can also train the muscles of the perineum by performing Kegel exercises or using special vaginal simulators.

- Do Kegel exercises really help?
- In the early stages of genital prolapse and as a method of prevention, Kegel exercises are quite effective. Every woman after 40 should be sure to train the muscles of the perineum, especially those who had problematic, rapid births, many births.  This is fitness, and it is very important for women's health. By the way, performing Kegel exercises, a woman will kill two birds with one stone: firstly, to do prophylaxis of uterine prolapse, and secondly, to train the vagina, which will allow you to get special sensations during sex.
. The effect of training will be if you engage in systematically. But, unfortunately, such fitness is not too widespread among our women, therefore it is preferable to deal with advanced cases of genital prolapse, when the exercises are no longer effective.

- How effective is the surgical treatment of genital prolapse?
- This is the treatment method number 1. In general, there are two types of surgical techniques for treating genital prolapse.  The first and main is a plastic technique (when connections are tightened and duplicates are formed from them from the patient’s own tissues). The effectiveness of this type of operation has been proven to be at least 15 years.
The second technique involves the formation of the pelvic floor using an allograft, the so-called strainers or ribbons. In the world, they are gradually moving away from this technique, because, firstly, it is very expensive, and secondly, it leads to chronic pelvic pain and the inability to have sex.

- Is the operation complicated?
- Yes, the operation is quite complicated, but for a surgeon who has the necessary techniques, is not something extraordinary. For example, in the Bogoliuby MC we conduct such operations approximately in 2000.
Previously, women after this type of surgery spent 10 days in a hospital, but now they spend an average 4 days in a hospital and return home. By the way, scarring after surgery does not remain at all, because the operation occurs by vaginal access.

- Is there a long period of rehabilitation?  Are restrictions waiting for a woman?
- The restrictions relate primarily to physical activity, hard work, increasing what is difficult. You must take care of yourself for at least two months. But in general, these restrictions apply to all women: both operated, and those who have untreated genital prolapse.

- If a woman with prolapse does not experience significant discomfort, perhaps you should not rush to the operation?
Diseases in the later stages often have complications in the form of infringement of the bladder wall, ulcers on the cervix, complicated by constant pain. Surgery in the later stages is more difficult for both the surgeon and the patient. It’s better to have surgery right away,as soon as prolapse is diagnosed.

Feedback on Bogoliuby Read all feedbacks (838)
Leave feedback
Our partners