Home page News WHEN A WOMAN TURNS INTO A CACTUS OR HOW TO WIN THE PMS IN THE BOGOLIUBY MC
Number of views: 3568 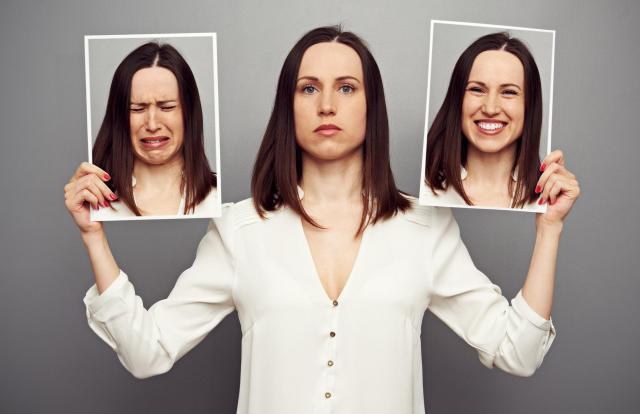 PMS - premenstrual syndrome - a phenomenon with which after thirty years almost every second woman has to deal with, and after forty - even more. Knowing the existence of the syndrome and its clinical manifestations will be useful not only for women, but also for men, in view of the fact that this information can shed light on the sometimes unpredictable behavior of a loved one. The doctors of the Bogoliuby Center for Reproductive Medicine advise on how to reduce the manifestations of PMS.

Dear women, if it seems to you that you are fat and ugly, the person is nervous, the children irritate, you want to tear and throw or feel sorry for yourself alone with a pillow, we advise you to look at the calendar. But should your period be in two weeks, shouldn’t it? (PMS can occur 2-14 days before menstruation). If so, then you probably didn’t succeed, but you are simply dealing with a commonplace premenstrual syndrome.
Premenstrual syndrome (PMS) affects millions of women around the world. During the entire reproductive period, more than 85% of the female population experiences one or more symptoms several days before or during menstruation. In 2-10% of these women, the symptoms of PMS are so strong that it becomes impossible to carry out daily activities. During PMS, women experience mood disorders, irritability, headache, breast tenderness, severe weight gain, and water retention.
The real reason for this, one might say, social phenomenon remains unknown, and there are various theories of the origin of PMS. There is a hormonal theory that explains the difficult condition of a woman in the second phase of the monthly cycle, hormonal restructuring. During this period, there is indeed a strong imbalance between the levels of estrogen and progesterone (hormones produced by the ovaries), which affect the metabolism of serotonin and prolactin. Serotonin, in turn, is associated with our mood, and prolactin is involved in the painful state of the mammary glands, etc. Based on this, various treatment methods for PMS have been proposed for a long time, in particular birth control pills, diuretics and prolactin restorators, which however, despite the beneficial effects, they have many side effects.

You would like to eat sweets, whouldn’t you? There is an explanation for this! One of the leading symptoms of premenstrual syndrome is weight gain. This function is associated with a sharp increase in water retention, but in some cases is enhanced by the increased sugar intake that often accompanies this period. Remember when you are especially “drawn” to a candy or chocolate bar? Now look at the calendar: the second phase of the lunar cycle.
Do you feel like an inflatable balloon? This is due to the weakening and stretching of the muscles of the abdominal wall during the second phase of the monthly cycle. Legs sometimes swell. This situation occurs due to metabolic products in tissues, the excess of which the lymphatic system cannot wash away. Hence the localized edema. This situation occurs due to an increase in progesterone secretion during the entire second stage of the cycle.
The walls of the vessels are particularly sensitive to this hormone and in response increase their permeability. Progesterone also affects the smooth muscles of the body. Hence the bloating. In some cases, constipation is observed. To prevent such violations, you should change the diet during the first phase of the monthly cycle. Firstly, during the ten days preceding the onset of menstruation, a low-salt diet is recommended to avoid a tendency to retain water and bloating in the body.
That is, we must abandon sausages, cheeses, smoked meat and fish, as well as all bakery products. But that is not enough!
A diet high in saturated fat can slow down the lymphatic system, overload it, which leads to "clogging" of lymphatic drainage. Therefore, it is extremely important to eat foods low in fat, such as fruits, vegetables and legumes. They contain a large amount of lignans, which remove excess hormones from circulation, restoring hormonal balance. In addition, fruits and vegetables, due to their high content of minerals, restore the hydro-salt balance, increasing diuresis.
Sometimes the situation is complicated by other diseases. For example, problems with thyroid hormones increase water retention. In this case, it is useful to support the thyroid gland with foods rich in selenium, such as wheat bran.
Scientific studies have confirmed that calcium and magnesium intake can significantly alleviate PMS symptoms. These elements contain wheat germ, soybeans, figs, corn, apples, walnuts, almonds, fish, peaches, apricots.

Feedback on Bogoliuby Read all feedbacks (815)
Leave feedback
Our partners