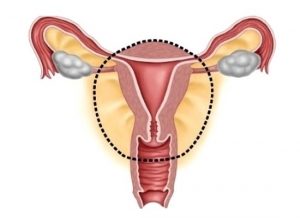 Hysterectomy – is a surgical intervention that removes the uterus. A complete hysterectomy is discussed when the entire organ is removed, and a partial or subtotal hysterectomy when the cervix is preserved.
A hysterectomy can affect the ovaries (for example, when they need to be removed due to the presence of cysts), or the fallopian tubes. Further surgery eliminates the possibility of pregnancy, and surgical menopause is inevitable only when the ovaries are removed.
Regarding the effect of the intervention on sexual activity, it should be noted that if one takes place, then it has a psychological nature.

When it is necessary?

A hysterectomy is necessary only if there are serious problems for which surgery is the safest and most effective solution, for example, a malignant tumor (carcinoma) of the uterus, as well as a benign tumor (fibroma), if it causes bleeding or compression in the lower abdomen, accompanied by severe pain .
In addition to these primary indications, a hysterectomy can be performed for severe  endometriosis or menorrhagia.

How is a hysterectomy performed?

Hysterectomy methods are different. They range from the classic open hysterectomy operation, which makes an incision in the abdominal cavity, to more innovative methods, such as vaginal hysterectomy, in which the uterus is removed through the vagina, and laparoscopy. Both last methods are successfully used in their practice by surgeons of the Bogoliuby MC.

Before the intervention, the patient should quit smoking, since smoking increases the risk of secondary infection, in addition, changes the blood flow to the skin, which slows the healing of incisions. According to experts, start abstinence from smoking at least two weeks before surgery, and continue for another two weeks after.
It is also necessary to stop any drug therapy that changes the normal blood coagulation process (preparations based on aspirin, warfarin, heparin) in a few days.

Possible complications after a hysterectomy

Even if a hysterectomy is a decisive intervention in most cases, it is not without consequences affecting the patient’s mental, social and emotional sphere.
With a complete hysterectomy, the risk of vaginal prolapse increases, and the risk that one or more pelvic structures, such as the bladder and rectum, will go down. The psychological consequences of the operation, which are perceived as a loss of femininity, should not be overlooked.
Hysterectomy complications also include:

After a hysterectomy, given the possibility of complications and the severity of the related disorders, hormone replacement therapy is often recommended. Surgical menopause, caused earlier than natural, strengthens the typical problems of this period of life.
We should not forget that menopause is a gradual process that gives the body time to get used to hormonal changes and loss of ovarian function. With menopause caused by surgery, the body reacts more severely to this endocrine shock.
If hysterectomy is partial and performed at a young age, there is still a high risk that premature loss of ovarian function (early menopause) will occur over the years.
With replacement therapy, the risk of osteoporosis and cardiovascular disease is significantly reduced.