Ventral or Cicatricial hernia. Why does it arise and how to treat it? 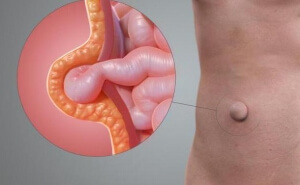 Improper compliance with the postoperative regimen, excessive physical exertion, failure to follow the doctor's recommendations are just some of the causes of postoperative complications. One of these complications is a hernia, which is called ventral or cicatricial, because it occurs at the site of the postoperative scar. According to statistics, a ventral hernia appears in 15-17% of the operated people. What to do if a protrusion appeared after the operation, and how to get rid of it, says Oleksandr Masikov, a surgeon at the center.

What is a ventral hernia?

Kila (hernia) is a protrusion on the abdominal wall, which was formed as a result of the release of internal organs or parts of them into the subcutaneous fat through weaknesses or holes in the muscle layer of the anterior abdominal wall.
In particular, ventral hernias are hernias that occur in the area of the postoperative scar. They are sometimes called - cicatricial.
Ventral hernia may form at different times. In some, it appears a few weeks after surgery. In other cases, it develops within months.
A slight protrusion can occur with an increase in intra-abdominal pressure, with physical exertion and stress, but when a person is relaxed and in a horizontal position, the defect may be invisible.

In what cases ventral hernias most often occur? Why is this happening?

Ventral hernia can occur after any surgery on the abdominal cavity. The risk of its formation increases the severity of the course of the disease, as well as concomitant diseases.
The main factors that lead to the appearance of a ventral hernia are a decrease in the level of protein in the blood, as well as a deficiency of the VIII coagulation factor, obesity, peritonitis, asthma and other respiratory diseases (since they lead to a constant large load on the anterior abdominal wall).
A significant role in the formation of ventral hernias is played by the use of certain medications (in particular, long-term therapy with steroid hormones). In addition, repeated operations and infections in the area of the postoperative wound also significantly increase the likelihood of scar hernia.
Most of the ventral hernias occur against the background of a violation of the postoperative regimen and non-compliance with the doctor's recommendations (weight lifting, excessive exercise, poor diet, improper wearing of a bandage, etc.).

How is ventral hernia treated?

The ventral hernia is only treated surgically, and the operation should be carried out as soon as possible. As for the surgical treatment of hernia, its choice depends on many factors, in particular on the size, location and symptoms of the hernia.
Small hernias are often painful and have a high risk of pinching, which is an emergency and requires surgical treatment as soon as possible. During the first few hours, you can try to carefully restrain the restrained hernia into the abdominal cavity. However, it is not always possible to safely restrain the restrained hernia. In case of a successful attempt, the operation is carried out in a planned manner, but not earlier than a day after the time it was sent.
Large hernias are less likely to pinch, but are more concerned about their appearance and often significantly limit a person's movements. In this case, the operation also should not be postponed.

What has happened during surgery?

During the operation, the hernial sac is secreted from the surrounding tissues, dissected, its contents are trained in the abdominal cavity. If the hernia gate (that is, the hole itself through which the hernia leaves the abdominal cavity) is no more than two centimeters in size, then they are usually sutured with a special suture with the wound edges one on top of the other (the formation of the so-called duplicate).
If the hernial gate is larger than 2 cm, then in most cases a synthetic mesh implant is used to strengthen the suture, which is placed under the muscles of the abdominal wall and ensures the formation of a strong scar, which in turn reduces the risk of hernia recurrence, i.e. its re-formation in the same location.

Is it possible to get rid of a ventral hernia without cutting the abdomen?

It is possible with minimal cuts. In some cases, resort to a minimally invasive technique, or  laparoscopy. It has been successfully used to treat relatively small ventral hernias in the absence of a significant adhesive process in the abdominal cavity.
In this case, the operation is performed from the inside on the closed abdominal cavity using special tools inserted through small incisions in the side walls of the abdomen. The hernial contents are gradually released from adhesions and practiced in the abdominal cavity, and the hernial gates are closed with a special light multi-layer mesh.
On the one hand, such a net is covered with a substance that prevents its fusion with the intestines, on the other hand, it snugly adheres to the abdominal wall and is fixed with a special device.
This technique is the most modern and most high-tech. And most importantly, it is the least painful for the patient and allows you to recover after the operation and return to your usual life as soon as possible./p>

How long does rehabilitation after surgery last?

Two days after laparoscopic surgery, the patient can return home. Within four weeks, he is not recommended to lift loads over 5 kg, he needs to refrain from physical exertion, and also do not visit the sauna and pool. After surgical treatment of ventral hernia, a bandage must be worn for a month. During this time, the implant is finally fixed in the body. 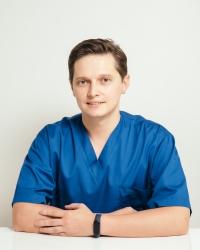