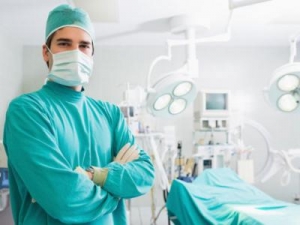 Uterine fibroids – a benign tumor, in some cases prone to malignant degeneration. The disease mainly affects young, sexually active women, but sometimes it can occur in a later period of life.

Often, uterine fibroids has an asymptomatic course and because of this, it is already detected in an advanced stage, when an urgent intervention is required. In this case, the disease manifests itself in the following symptoms:

Due to changes in the myometrium and heavy menstrual bleeding, the patient may develop anemia, which is accompanied by general weakness, dizziness and a decrease in immune status.

Methods for the treatment of uterine fibroids

When choosing a method for treating this disease, specialists of the Bogoliuby MC always give priority to organ-preserving interventions that make it possible to save the uterus, thereby leaving the patient a chance of pregnancy. One of these methods is conservative myomectomy, which involves the most sparing extraction of myomatous nodes. This procedure, depending on the chosen type of surgical access, can be abdominal, , hysteroscopic   laparoscopic.
In classical abdominal surgery, in order to remove the node and reach the uterine cavity, the surgeon must perform incisions on the abdomen and uterus. It is necessary to use general anesthesia and suturing. The method has a number of disadvantages that cannot be ignored. This is a long rehabilitation period, postoperative scars, and a high probability of relapse.
Hysteroscopic myomectomy involves the removal of a tumor using a hysteroscope and additional instruments through the vagina. The surgeon chooses this method if we are dealing with  submucous myoma, leg myoma, accompanied by severe pain, with pathologies of the fallopian tubes and ovaries and with  spontaneous abortions  in the patient's history.This operation is performed on an outpatient basis, without anesthesia.

The main advantages of a hysteroscopic myomectomy are that the intervention does not last long, reproductive function is preserved, there is no risk of birth complications, and there are no scars (cosmetic effect).
The most popular is deservedly used by laparoscopic conservative myomectomy, which is explained by such advantages as:

Usually, after laparoscopic surgery, patients have no problems with pregnancy and childbirth. Such an operation is performed using a laparoscope inserted into the abdominal cavity through small punctures.

Indications for laparoscopic myomectomy are large nodes, single and multiple formations, characterized by a specific structure and bearing risks of uterine bleeding, rapid growth and problems with bearing a pregnancy.
At the Bogoliuby Medical Center, 98% of myomectomies are performed hysteroscopically or laparoscopically. Our doctors have vast experience in conducting these operations, which allows us to take multiple nodes, more than 10-15 nodes, giant fibromyomas about 10-12 cm in diameter. In this case, the uterus is preserved. Modern equipment also helps to make such complex operations, including a morcellator, a device that grinds the tumor and sucks, which allows you to quickly remove even very large nodes without cutting the abdomen. The operation usually lasts up to an hour and is accompanied by minimal blood loss, which significantly reduces the rehabilitation period compared to operations of this type. 1-2 days after surgery, the woman is already at home. The recovery period after myomectomy on average can be from two to three months. Pregnancy planning is advisable no earlier than a year later.
The probability of pregnancy after laparoscopy is 50-60%, since the wound surface heals in a relatively short time and the menstrual cycle is restored.
The decision regarding the choice of myomectomy method is made by a specialist, based on the characteristics of the body and the complexity of the pathological process.