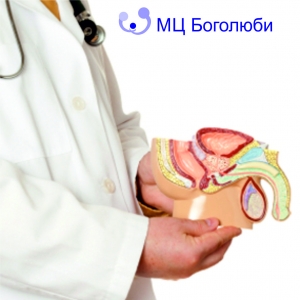 Spermatocyst – is a benign cyst of the epididymis, a formation filled with sperm. This pathology is quite common, since it affects about 30% of the male population aged from 20 to 50 years.

The main causes that lead to the development of spermatocyst:

There is a theory of idiopathic spermatocyst, when the real cause is not established. The pathological process is associated with partial obstruction of the vas deferens, as a result, local pressure increases, and the duct wall protrudes. Over time, this leads to the formation of a real bag-shaped cyst, in which sperm accumulates.

In most cases, the spermatocyst is small and not associated with vivid symptoms. When the cyst reaches several centimeters in diameter, signs such as: pain in the testicles and lower abdomen, a feeling of tension, swelling of the testicles may occur.

During physical examination, a rounded nodule, compact and smooth, is found in the upper part of the testicle involved.
Although spermatocyst is a benign condition and is confirmed by the absence of neoplastic testicular degeneration, it causes panic in patients. In fact, there are a number of pathologies that require differential diagnosis with respect to spermatocyst. Among them: testicular cancer, varicocele, hydrocele, hematocele, testicular torsion, cryptorchidism, inguinal hernia, epididymitis, orchitis.

Spermatocyst does not affect fertility, therefore, even with a significant cyst size, a man is able to conceive a child. However, if a cyst is found in a patient who does not yet have children, then the disease should be treated with special attention, because over time, obliteration of the lumen of the spermatic cord is possible, due to sclerosis of its walls.
Often, spermatocyst does not require special intervention, as it tends to spontaneously regress. The urologist resorts to waiting tactics, requiring regular examinations.
In more complex cases, it may be necessary to perform an operation with removal of the cyst. During the intervention, a skin incision is made over the testicle, then the cyst is husked with its subsequent laboratory examination.
Within two days after the operation, the patient wears a bandage and special underwear that supports the scrotum in an elevated position. To prevent swelling, an ice pack is used. After 3-4 days, the patient can return to a normal lifestyle, but intimacy and physical activity should be excluded for another 3 weeks.
After the operation, the prognosis is usually favorable. But there may be complications after the operation, which should be informed, these are:

In order to prevent the development of spermatocyst, it is necessary to avoid any injuries of the genitals, to treat the inflammatory processes of the urological sphere in time.
If you experience discomfort or suspicious discharge, consult a urologist immediately. Bogoliuby Medical Center specialists provide diagnostics and solving urological problems. When performing surgical interventions, our surgeons always carefully treat the tissues of the operation area, which minimizes the possibility of complications and contributes to a faster recovery.

4      4.5
What do we offer in your case? Tell us about your problem and we will help you! Tell about your case