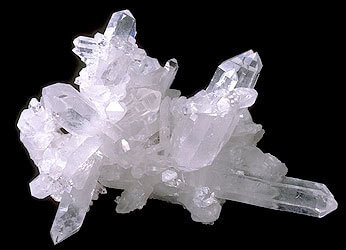 Among the most common autosomal genetic disorders of the urological profile, cystinuriais one of the leading places. There is a disease in every 600th resident of Europe. Cystinuria is manifested by the presence of amino acids in the urine. From an anatomical and functional point of view, the disease is a congenital tubular defect that determines insufficient renal reabsorption of cystine, lysine, arginine and ornithine.

Cystine  is an amino acid sulfide obtained by the oxidative reaction of two cysteine molecules. The level of cystine in a healthy person reaches about 80 mg / day, and in a patient this indicator increases exponentially.

Lysine  is an essential amino acid for the human body. Its biological role is huge: the synthesis of L-carnitine, collagen, a precursor of vitamin PP.

Arginine  is an essential acid in children. Its function is to hepatic detoxification of nitrogen-containing groups. In men, arginine affects sexual function, namely on an erection.
Ornithine is formed from arginine and is a key product of the urea synthesis cycle, which allows you to eliminate excess nitrogen, and also takes part in protein synthesis.

Plasma amino acid depletion caused by tubular kidney defect one of the important aspects in cystinuria, but not the only one. Cystine crystals present in the urine in severe forms of the disease can be detected even in fresh urine that has not been processed in the laboratory. Cystine crystals can lead to the growth of cystine stones in the kidneys, which are detected by radiography. Especially often such stones are found in children.

In the treatment of the disease, the leading role belongs to diet therapy. It is important that the amount of fluid consumed is at least 1 ml per 1 kcal of energy consumed. You need to give up coffee and alcohol, as well as strictly monitor your diet: restrict products containing methionine, including spirulina, soy protein powder, egg powder, parmesan cheese, walnuts, tuna, chicken. The protein that enters the body should be mainly of plant origin. The obvious benefit is the vegetable (potato) diet, which is prescribed for 3-4 weeks, plus fruit. To prevent cystine crystallization, D-penicillamine is used. The use of vitamins of group B, as well as vitamin A and E, which positively affect the work of the proximal tubules, is shown. If conservative methods of treatment have been ineffective, then resort to surgical intervention. With the development of severe renal failure, sometimes a kidney transplant is necessary.

2      5
What do we offer in your case? Tell us about your problem and we will help you! Tell about your case