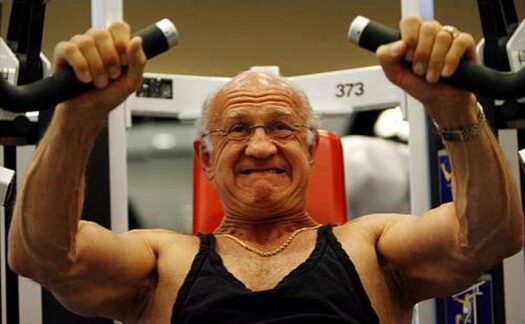 Everyone has heard about a phenomenon such as  menopause. And it seems, of course, that we are talking about some kind of female age-related changes. This is not entirely true. The climacteric period is the life stage of not only women, but also men, and in the strong half it is called  andropause.

Some American scientists disagree with the existence of andropause and say that this is all fiction. Like, in men, sexual function fades due to laziness and an unhealthy lifestyle - alcohol and nicotine abuse. And if you go in for sports and eat healthy food, you will be a peppy cucumber that does not need Viagra, to deep gray hair and wrinkles. But such a nihilistic position in academia is not particularly shared.

The process of physiological restructuring of the body affects both the beautiful and the strong sex. The dream of the elixir of eternal youth, which would turn a man into the unfading Duncan MacLeod, remains only a dream. We are all getting old. The only difference is that male hormonal restructuring begins later than female, and it is not so obvious. Men come to andropause at the age of 50-60. And as if the men did not want to admit it - sexual function begins to decline. And the reasons for its fading are not in the curlers and shabby bathrobe of his wife, but in a natural decrease in testosterone levels. Neither a bathrobe replacement nor a wife will help.

Changes occur at the level of the hypothalamus, which regulates pituitary activity. The result is a violation of the production of hormones responsible for testicular function. The testicles themselves are also changed. Their glandular tissue gradually degenerates into adipose and connective tissue. This leads to a decrease in testosterone production.

Testosterone - is one of the most important male hormones. It affects the manifestation of male features in the type of physique, body hair, and timbre of the voice. And sex drive is also responsible for testosterone. A serious role in the development of andropause is played by such diseases as hypertension, diabetes mellitus, atherosclerosis.

Symptoms of male menopause are not very pronounced, usually they go «hand in han» ” with signs of old age. Only a fifth of men complain of:

Due to the weakening of the erection, the man begins to complex, and concentrating purely on this problem, only worsens the situation. Even severe psychoneurotic effects are possible. It is important to know and understand that sooner or later 80% of men come to this state of things. And the stories of the 60-year-old neighbor about his many love affairs are rather fantastic than based on real events. Usually, men 65-70 years of age are not capable of conception. (Although there are rare exceptions.)

Due to the lowered level of testosterone, the structure changes and the activity of the prostate gland is disturbed. The prostate enlarges, the development of  prostate adenoma is possible. The first signs of her hypertrophy can make themselves felt already in 35 - 40 years. Other endocrine changes associated with andropause are manifested in obesity of the female type - with the deposition of fat in the chest and thighs.

The main thing is not to perceive andropause as a disease. The onset of this period is not the end of life. It is very important to try to maintain your mental and emotional balance. Specialists of the Bogoliuby Center for Reproductive Medicine advise a man «over 40» to periodically undergo a routine examination of an   andrologistа and endocrinologis. And in case of any painful changes, seek qualified help on time. In our subsidiary diagnostic center named«Your Doctor»if necessary, it will be possible to have an  ultrasound of the testicles, and in the laboratory of the center to conduct a study of the hormonal background.