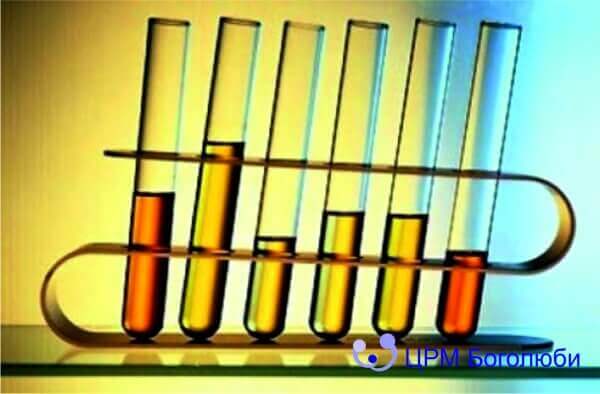 The presence of a significant amount of protein in the urine in medical circles is commonly called the technical term  proteinuria. Such a condition can indicate both strong physical exertion, severe emotional stress, and damage of kidneys. Many proteins circulate in the blood of a person, which perform different functions:

.). In the kidneys, the blood is «cleaned» of waste and substances present in excess undergo a kind of «sifting». Numerous substances that enter the filtrate are reabsorbed or expelled in the urine, depending on the biological needs of the body. Proteins are practically absent in the filtrate and urine (with the exception of a few). In some pathological conditions (hypertension, diabetes, kidney infections, congenital malformations, etc.), proteins begin to enter the urine.

Based on the value of the amount of protein isolated, recorded by analysis of urine collected in 24 hours, doctors talk about:

Obviously, hypertension and diabetes are the two main risk factors for proteinuria, the number of which increases significantly with age and body mass index (BMI). The presence of protein may also be associated with:

In addition to the above circumstances, the concentration of protein in the urine may increase due to exposure to extreme heat or cold, fever, and athletic stress. Pregnancy is also associated with mild proteinuria.

Orthostatic proteinuria is a relatively common disease in children and young people. Presumably, this condition is associated with increased pressure on the renal glomeruli in a standing position. In the supine position, pressure decreases, and protein loss decreases. Doctors consider this condition to be benign, given the fact that in most cases, orthostatic proteinuria spontaneously regresses with growth.

Among the  signs of proteinuria, usually absent in mild to moderate form, are the presence of foam in the urine and swelling. Legs and ankles swell severely, and then the face and abdomen - with severe stages of proteinuria.

Treatment of proteinuria is aimed at eliminating the causes that led to an increase in the concentration of protein in the urine.