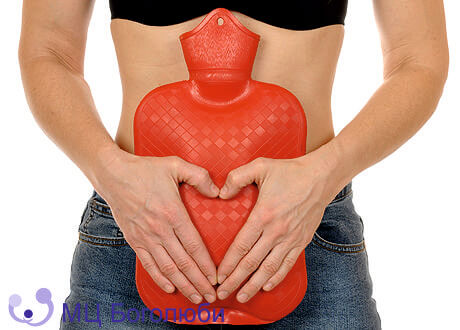 Today we’ll talk about such a common phenomenon among women a painful ovulation. Statistics show that about half of the female population experiences pain in the middle of the monthly cycle. Why is this happening, is such a state of affairs normal?

As you know, ovulation is the phase of the menstrual cycle, which coincides with the release of the oocyte from the ovary. In most women of childbearing age, ovulation occurs once a month, with the exception of periods of pregnancy an lactation. Common signs of ovulation are an increase in sexual desire and changes in the composition of cervical mucus.

In the average menstrual cycle (28 days), ovulatory pain occurs approximately two weeks after the onset of menstruation and coincides with a rupture of the follicle and the release of a mature egg. The painful sensations, as a rule, are one-sided, localized in the lower abdomen on the right or left, depending on the ovary releasing the egg. This condition can persist from several hours to several days. In the next cycle, the pain can go to the opposite side, sometimes it is accompanied by spotting from the vagina. Some women experience nausea.

The discomfort associated with ovulatory pain in most cases does not require medical attention. However, severe pain can be a symptom of pelvic inflammation or an ectopic pregnancy.

Pain can occur before, during, or after ovulation. The exact cause is unknown, but there are several plausible explanations for the disease state:

When you have to visit a doctor?

If ovulatory pain causes anxiety, lasts more than three days or is associated with other unusual symptoms, it makes sense to visit Bogoliuby Medical Center for a consultation with a к gynecologist. To determine the association of pain with ovulation, the doctor may ask the patient to track the menstrual cycles, noting the painful episodes and their location.

Taking birth control pills can be an effective therapy. Oral contraceptives alter the female hormonal cycle, preventing ovulation. For severe pain, pain relievers such as ibuprofen are used. In addition, some home remedies can help relieve pain. You can put a heating pad on your stomach or take a bath. The heat increases blood flow, relaxes tense muscles and relieves spasms. It is also helpful to avoid yeast and dairy products during ovulation.