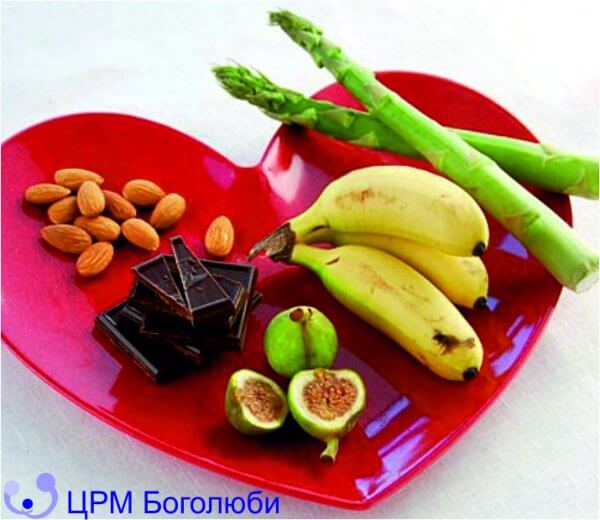 Today we will talk about   aphrodisiacs. This term defines any substance that can provoke and stimulate sexual arousal. The name comes from the name of Aphrodite, the Greek goddess of love, beauty and passion.

From ancient times, people selected and studied foods with the properties of an aphrodisiac, including them in the diet in order to awaken their sexual appetite at the appropriate time. Many aphrodisiacs were chosen because they helped remove emotional blocks. An example is alcoholic beverages, which, if they do not have direct arousal properties, then at least, as they say,
«untie the tongue» and have the ability to communicate.

Oysters, caviar, shrimp, truffles and some spices: pepper, red pepper, cinnamon, nutmeg, cloves, saffron, vanilla, ginger were considered the traditional and most popular products that increase sexual activity. There were, of course, false beliefs, according to which exotic decoctions obtained from parts of the body of some animals (rhino horn, snake blood, whale meat) could seriously help in amorous affairs.

We can consider the ancestors savages, how much in vain did they destroy the poor rhinos, but, nevertheless, we are not much different from them, relying, for example, on a magic spray with pheromones, thanks to which the beloved (chosen one) will simply collapse from passion at our feet. After all, the Internet is teeming with offers of such «miracle cures». Whether we use it or not, the temptation is great. It should be understood that the use of an unverified drug can pose a threat not only to the wallet, but also to health. There are a great many scammers specializing in dubious aphrodisiacs.

To begin with, there is a condition called  anpharodysis, that is, the absence of sexual desire, which may be associated with psychophysical pathologies congenital or acquired (hormonal changes, psychological blocks, severe stress, etc.). In most cases, the source of the problem is its psychological roots and, believing that some substance can revive the lost desire, the patient, in fact, is faced with a placebo effect. The intimate atmosphere and the right mood of the partner really help to further enhance sexual appetites. It is this aspect on which the effectiveness of aphrodisiacs is based that is more or less scientifically and rationally acceptable.

Numerous scientific studies show that the exciting power of certain substances and products is associated only with the phenomenon of mental supply. From a pharmacological point of view, there is no data indicating their effectiveness.

It is important to note that the potential effectiveness of natural aphrodisiacs is based on local traditions and isolated studies, often without any serious scientific background, not to mention the risk of side effects and interactions with other drugs.

It is important to note that the potential effectiveness of natural aphrodisiacs is based on local traditions and isolated studies, often without any serious scientific background, not to mention the risk of side effects and interactions with other drugs. If there is no sexual desire, it is advisable to consult a specialist who will try to solve the problem by working with a psychologist and a homeopath. Finally, the essential role of exercise and healthy eating is emphasized. The pleasure of staying with a partner is closely related to the aesthetic and functional improvements of your body that can ensure safety and self-esteem, while also improving desire and sexual capabilities.