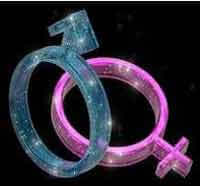 Continuing the theme of sexual dysfunction, vaginismus will be our topic for today. What is it?  Vaginismus  -Vaginismus is a sexual disorder that consists of an involuntary spasm of the muscles of the vagina, which makes it difficult for the penis to penetrate.It is difficult for a woman with vaginismus to have sexual intercourse, despite the desire to do so. Vaginismus is psychologically determined, associated with fear of pain during intercourse, penetration phobia.

Officially, statistics report that 1-2% of women of childbearing age suffer from vaginismus. But this figure is clearly underestimated. Unfortunately, it is impossible to estimate exactly how many women actually deal with this type of disorder, as patients are embarrassed to talk about it.

Of course, vaginismus is a serious illness and should not be underestimated. Phobia of sex and muscle spasm are the two main features that characterize vaginismus. Therefore, to assess the severity of the disease, the specialist focuses on determining the intensity of the spasm. In the early stages of the disease, penetration is almost impossible due to a very dense muscle spasm.

Vaginismus is quite difficult disease to treat, because the causes that lead to it are often hidden and difficult to detect. After all, it is necessary to eliminate not only female phobias, but also to overcome the muscle spasm that occurs at the time of the act. The psychological factor that affects vaginismus is, first of all, the woman’s thought that sexual intercourse is something dirty. Most often, this definition of sex is characteristic of young patients. Many women who have been sexually abused can interpret sex as a danger.Even excessive attachment to parents can affect vaginismus — fear of condemnation. Fear of pregnancy and the fact that suddenly something goes wrongpushes a woman to subconsciously refuse sexual intimacy.

In addition to psychological factors, there are physical causative factors. These are:

Regarding the  methods of treatment, it is obvious that the advice to change the husband is unlikely to solve the problem of vaginismus in a woman. Therapy of the disease is mainly associated with the psycho-sexological aspect. Even endocrinological and urological tests help detect vaginismus. In some cases, the problem of vaginismus can be solved by the surgical method, which consists in a section of the site located between the rectum and the vagina.

Fears, anxieties and fears associated with vaginismus, of course, not the best way affect the intimacy of spouses and often ruin relationships. It is necessary to turn to a specialist in time, leaving aside shame and embarrassment.