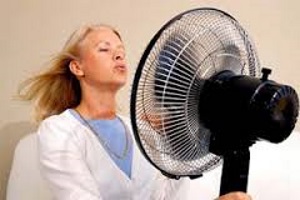 Menopause is a natural event in which a woman's reproductive function fades. It is characterized by the cessation of menstrual bleeding and the depletion of the follicular reserve. (In fact, the female body produces a limited number of oocytes, determined from birth.)
Cyclic cessation of ovarian activity usually occurs at about 50 years old on average (plus or minus five years). However, some women enter menopause early, before forty. This natural or induced condition is known as an early (or premature) menopause.
Premature menopause  – is always stress that can become emotionally destructive for a woman. A direct consequence of the condition is infertility, caused by a sharp decrease in the production of follicles and a deterioration in their quality. According to statistics, early menopause affects 5% of women of reproductive age.
РEarly menopause is also referred to as the term POF (premature ovarian failure), this term refers to early ovarian failure with  amenorrhea, elevated serum gonadotropins (FSH and LH) and hypoestrogenism. In reality, these two conditions are not entirely equivalent. We will deal with this in more detail.
Premature extinction of ovarian function can be considered as a transient phenomenon, since in many cases intermittent spontaneous activity of the ovaries occurs, when menstrual periods alternate with amenorrhea (absence of menstruation for at least three months).
Women with early ovarian failure are still capable of ovulation and may become pregnant. Dysfunctional primary follicles, which are physiologically unpredictable, ovulate in 5 to 10% of cases, in patients with POF (premature ovarian failure) in the ovaries «are sleepping» Patients with stable early menopause, when menstruation is completely stopped, naturally, can not get pregnant.

Autoimmune disorders that can coexist with early menopause can be of two types. In the first case, the immune system mistakenly produces antibodies against ovarian tissue. In the second, early ovarian failure is associated with other systemic diseases, especially the thyroid gland.
(hypothyroidism), Crohn's disease, systemic lupus erythematosus, rheumatoid arthritis. The histological picture characterizing patients with early autoimmune ovarian failure is the presence of oophoritis (inflammation of the ovary). Some viral and bacterial infections, such as  cytomegalovirus, mumps, and tuberculosis.
contribute to the early onset of menopause. It should be borne in mind that smoking and alcohol abuse can anticipate menopause. Early induced menopause is provoked by medical procedures - pharmacological, radiation, surgical.

Early menopause is usually difficult to interpret and often it is the same ones that accompany the natural menopause. Before you begin to deal with early menopause, you can contact the specialists of the Bogoliuby MC to find out the causes of the condition. The decision on what to do with premature menopause is made jointly with a  gynecologist depending on the presence of pathological manifestations.