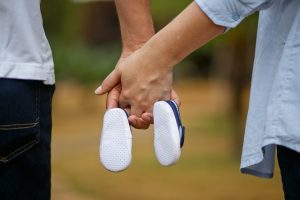 The current reality is that the first child in the family appears later and later. Work, home, stability - the couple is waiting for the perfect moment to conceive. But it should be borne in mind that the most successful reproductive period for women is from 16 to 28 years, with a peak at 22 years. However, now in society there is a rather widespread misconception that years of pregnancy are not a hindrance and can be conceived without problems after thirty. But whatever the social trends, a woman should not neglect her biological age. Up to thirty years there is a pattern of ovulation, diseases that interfere with fertility have not yet appeared. Myoma and endometriosis  – are the two main «enemies» of reproductive success, are much more common in after thirty.
The same principle applies to men: maximum biological fertility occurs immediately after puberty and tends to gradually fade over the years.
The problem is that in high-income societies, the child's birth age conflicts with the biological age of the parents, causing a gradual delay in pregnancy. In this regard, the number of couples forced to resort to assisted reproductive technologies in order to have the desired child is also growing.

What age do women choose?

For most people, this is the time of graduation and the beginning of an autonomous life with their own income and life projects. The next variable is the psychological age of the partner. Today, a man feels ready to form a stable couple and become a father everything later.

How long will it take?

As soon as the couple decided to conceive a child, it seems to them that pregnancy should occur quickly. More than half of women expect to become pregnant within six months and even earlier. However, in 44% of cases it takes twice as much time as expected.
Young women who reach the thirty-year milestone with an unsuccessful attempt to get pregnant behind have a growing fear that pregnancy is generally impossible, that they waited too long before they decided to give birth to a baby. Psychologically, the situation has worsened over the years.
According to statistics, anxiety and fear of being infertile affects 8 out of 10 women aged about 35 years. And if pregnancy does not occur after six months of open sexual life, fear of infertility is already present in 10 out of 10 women, regardless of age.
It is worth paying special attention to the fact that stress has a significant effect on the ability to get pregnant. Scientific studies show that elite athletes and women with low levels of female hormones (anorexia, overweight problems) activate stress hormones that prevent ovulation. In this case, it is important to break the vicious circle of «fear-infertility-stress». To this end, you can resort to various relaxation techniques and exercises to reduce stress. A good effect in this direction is given by meditation, spa treatments, swimming, Pilates, yoga, massage.

A woman who is about thirty or older, who is preparing to conceive, first of all, needs to evaluate the ovarian reserve, that is, the reserve that indicates the possibility of developing a full-fledged follicle with a healthy egg. For this, a blood test should be taken to determine the levels of inhibin B, anti-Muller hormone and FSH - markers that inform us about how many oocytes are in reserve. An increase in FSH levels indicates a decrease in the ovarian reserve, although the patient has a menstrual cycle. Transvaginal  ultrasound estimates the size of the oocytes in millimeters (the smaller they are, the less the residual supply), and the presence of maturing follicles. In addition to the above, it makes sense to discuss with your gynecologist your family history, to recall whether there are cases of early menopause  among relatives.

What to do to get pregnant faster?

To increase your chances of pregnancy, you should plan sexual intercourse on the day of ovulation or previous days. The ovulation test reveals the peak of luteinizing hormone (LH), which reaches its maximum value 24 to 36 hours before the egg leaves the follicle. Using the ovulation test as soon as you start trying to get pregnant helps to quickly identify abnormalities in the cycle. If after three menstrual cycles you do not detect ovulation, we recommend that you contact the Bogoliuby MC specialists to diagnose the problem..