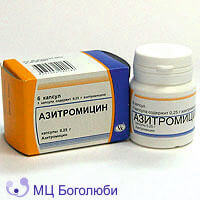 Ureaplasmosis - is an inflammatory disease of the genitourinary sphere, the causative agent of which is a bacterium that belongs to the mycoplasma family. A feature of the bacteria is its extremely small size and the absence of a cell wall.

Ureaplasma urealiticum colonizes the mucous membrane of the body and is found mainly on the genitals. In these delicate places, it grows and metabolizes urea to form ammonia. In the human body, as a result of its uncontrolled growth, an inflammatory process of the urethra occurs. Small ureaplasis colonies can be found in the rectum and even in the pharynx.

Symptoms of excessive ureaplasma in the body:

From the urethra, the infection spreads easily to nearby organs, causing inflammation of the prostate and testicles(epididymitis and prostatitis). Accordingly, if the disease is not properly treated, it can seriously affect male fertility.

In women, the uncontrolled growth of ureaplasma colonies leads to the development of  bacterial vaginosis, inflammatory diseases of the pelvic organs and urethral syndrome. Infection transmitted from mother to child during pregnancy increases the risk of miscarriage, premature birth and various types of pathologies of newborns (an increase in cases of neonatal pneumonia and meningitis).

In immunocompromised patients, the infection can spread to the kidneys and bones.

Treatment and prevention of ureaplasmosis

Treatment of infections caused by ureaplasma is based on the introduction of antibiotics. Classical tetracyclines are mainly used, but other drugs, such as azithromycin or doxycycline, can be used.

The choice of the most suitable therapy is chosen by the doctor based on the results of the diagnosis, including sensitivity testing.

Prevention of the disease (and vaginal infections in general) is through compliance with basic rules of personal hygiene. Try to avoid aromatic products, sprays, soaps with alkaline pH values that provoke irritation of the vaginal mucosa. Do not wear synthetic underwear, as well as jeans and too tight trousers to keep moisture and heat, creating favorable conditions for the development of harmful microorganisms, including Ureaplasma urealyticum.
In case of suspected illness, seek the advice of the specialists of the Bogoliuby Medical Center.