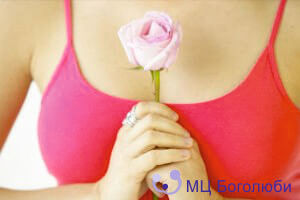 Galactorrhea - is the serious or milky secretion of milk that occurs outside the period of breastfeeding. The secretions characteristic of galactorrhea are very similar to colostrum («first milk»)

You should be aware that about 10% of  breast cancer  cases begin with discharge from the nipple. Such symptoms can be a good reason to consult a doctor in time. Galactorrhea occurs mainly in women, although there are rare cases of this condition in men.

Galactorrhea in men is manifested not only by milky secretion from the nipples, but is also often accompanied by headache, decreased libido,  impotence  and blurred vision. Sometimes galactorrhea can be confused with secretions of mammary glands of various nature (purulent discharge, blood).

The manifestations of galactorrhea are typical for women with amenorrhea, hyperprolactinemia, dyspareunia, oligomenorrhea, pituitary tumors and hyperandrogenism.

Causes and diagnosis of galactorrhea

Medical statistics show that 80% of women suffering from galactorrhea have significant  menstrual irregularities.

Galactorrhea is the first alarm bell about changes in the synthesis of prolactin. Coming from this, it is clear that the dosage of the hormone is of paramount diagnostic value. In addition, it is advisable to determine the levels of free thyroid hormones and thyroid stimulating hormone (TSH).

Very often, galactorrhea is caused by prolactin-secreting pituitary adenoma (prolactinoma). In addition to the pituitary tumor, possible causes include hypothalamic tumors, lesions of the hypothalamic-pituitary region, and other endocrine diseases such as acromegaly, thyrotoxicosis, primary hypothyroidism, and Cushing's disease.

Galactorrhea can result from trauma, cancer, chronic renal failure, and liver disease. In some cases, it may result from medications (antipsychotics, antihypertensives, opioids, oral contraceptives and estrogens).

Treatment of galactorrhea is based on the elimination of the root causes of the condition. With tumors of the hypothalamus, drug therapy is prescribed, which includes the use of nootropics and antipsychotics.It is also important to perform physiotherapeutic procedures. In severe cases, the use of radiation therapy or removal of the mammary glands is advisable.