Pelvic pain syndrome: if it hurts – visit a doctor immediately. 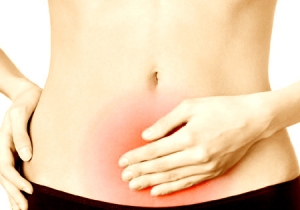 Many women do not pay attention to pain in the lower abdomen. They eliminate discomfort with painkillers and do not go to the doctors. And do it in vain! The danger of pelvic pain and what diseases it can signal, says the head physician of the Bogoliuby MC, obstetrician-gynecologist, first category doctor, Ph.D. in medical science  Vadym Petrovskyi.

What is pelvic pain syndrome? And why are women so often bothered by pain in the lower abdomen?

Pelvic pain syndrome is a diagnosis that has absorbed many other diagnoses. We are talking about any discomfort and pain in the pelvic area.
This syndrome is extremely common among women and is associated primarily with the fact that the anatomically female pelvis is very intensively supplied with blood and innervated. Therefore, any pathological process or its absence (it should be noted that pelvic pain syndrome may be due to psychological factors) disrupts homeostasis in the female pelvis, so the woman has pain.

Often women do not pay attention to periodic pain in the lower abdomen ...

Women who think that pain in the lower abdomen is normal are mistaken. Although suppose that women of reproductive age during ovulation (this is approximately in the middle of the menstrual cycle) there is pain in the lower abdomen. This is a natural occurrence.
To differentiate pelvic pain syndrome as a pathology from the norm, specialists are guided by a temporary criterion. If the stomach hurts for more than three days and this is not associated with ovulation, this is not the norm and means that you need to seek medical help and visit a doctor.

What’s about pain during menstruation: is this the norm or a violation?

Menstruation pain is not the norm. Normally, menstruation should be painless. Pain is the norm if there are physiological characteristics of the woman’s body, for example, a bend between the uterus and the cervix, etc. Although painful menstruation is not the norm.
About 80% of women experience discomfort during menstruation. But at the same time, pain and nagging must be distinguished. Whining is permissible, but pain is not. Women who experience pain during menstruation should definitely consult a doctor and find out the cause. Normally, nothing should hurt a person. Pain is a marker and a signal that something is wrong in the body.

Previously, pelvic pain syndrome was inextricably linked to genital endometriosis. This disease is characterized by pain during sexual activity, painful menstruation and the like. Indeed, in the prevalence structure of chronic pelvic pain,  endometriosis is the cause of pain in 45% of cases. But in 55% of cases, the cause of pelvic pain syndrome lies elsewhere.
Any gynecological disease can cause pain, as well as some proctological, urological and diseases associated with pathology or spinal injury.
Most often, the cause of pain in the lower abdomen is inflammatory diseases of the genitals, tumors of the internal genital organs, genital endometriosis. It should be noted that in urological and proctological processes, pelvic pain is caused by the same factors: tumors (for example, the bladder, intestines, kidneys, chronic intestinal obstruction and some non-inflammatory bowel diseases), as well as inflammatory diseases.

Can spinal diseases cause abdominal pain?

Yes it can, neurological pathology, hernias and protrusions of the sacral or sacral-lumbar spine cause about 35% of cases of pelvic pain syndrome. Therefore, in the case when the doctors of the surgical profile cannot find out the cause of pelvic pain, you should consult a neurologist. MRI of the spine can help in the diagnosis and correct diagnosis.

What should a woman do if neither doctors of the surgical profile nor neuropathologists can make a diagnosis?

Sometimes pelvic pain can be caused by sexual dysfunction. In a woman, the pelvic cavity is saturated with veins. These veins have valves that open during orgasm. When a woman has no sexual life or  anorgasmia , for a long time, venous blood overflows the veins of the pelvis, they begin to mechanically swell and a sensation of pain, whining in the lower abdomen appears. This is not so rare, especially if a woman led an active sex life and for some reason suddenly stopped.
This is hard to believe, but chronic lack of sleep is related to pelvic pain syndrome. If a woman sleeps less than six hours a day, this causes an increased release of stress hormones, and they, in turn, block the outflow of venous blood from the pelvic veins, causing pain.
In addition, pelvic pain syndrome due to psychological factors is common. Pain in the lower abdomen can be a manifestation of depression.

There are cases when women who have lost a lot of weight complain of pain in the lower abdomen. What is the reason?

Often, chronic pelvic pain syndrome occurs with hypotrophy of the gluteal muscles, for example, after very fast and intense weight loss. Pain can cause permanent irritation of the sacral spine or tailbone while sitting or lying down. Moreover, the pain can be felt not only in the pelvis, it can have a fairly wide localization. In this case, the woman may feel relief after adjusting the diet, visiting the gym and, as a result, building up the gluteal muscles.

Sometimes doctors are unable to find the cause of the pain; treatment does not help. What would you recommend to such women?

The symptom of pain in the lower abdomen gives many diseases and they are very difficult to differentiate. Therefore, often women who suffer from pain fall into the jar of medical errors and false diagnoses. They bypass many specialists, ranging from a   gynecologist to a psychiatrist, and each of the doctors contacted by a woman makes a diagnosis and prescribes treatment, which, however, does not give a result.
As a result of the fact that treatment is unsuccessful, women often resort to unconventional methods of treatment or are treated on their own, which as a result exacerbates the situation.
No need to engage in unconventional methods of treatment and self-medication, but refer to experienced doctors who can make the correct diagnosis. Although I note that in 10% of cases it is impossible to find the cause of pelvic pain.