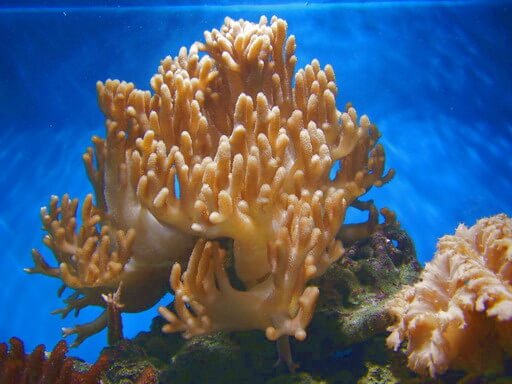 Edometrial polyp  - is a benign neoplasm that forms on the mucous membrane lining the inner surface of the uterine cavity. In common parlance, the terms «endometrial polyp» and «uterine polyp» are used as synonyms. Endometrial polyps are most often found in women immediately before  menopause According to statistics, the incidence of polyps increases with age, however, decreases sharply after menopause. At the age of 20-30 years, endometrial polyps rarely appear.

Endometrial polyps are composed of soft and spongy mucous cells and differ in size, shape and appearance. They can be very small (just a few millimeters) or reach significant sizes (more than 2 cm). In addition, endometrial polyps can develop individually or create real agglomerates formed by numerous small polyps. They can stick to the wall of the uterus on the stalk, resembling an octopus and protruding into the vagina when they reach a significant size.

An endometrial polyp is the end result of a hyperplastic uterine growth process, caused in turn by an abnormal response to hormonal stimulus. There is a clear connection between the growth of polyps and changes in serum estrogen levels. For this reason, women aged 40 to 50 are most likely to form polyps in the endometrium.

Clinical practice shows that endometrial polyps occur more often in overweight women, especially if the body mass index is equal to or greater than 30. It was previously believed that hypertension and cervical polyps were among the risk factors. However, in the course of research, this hypothesis was refuted.

A woman is not always "aware" that she has polyps. Basically, the lesion is diagnosed during a routine gynecological examination. Complaints, as a rule, arise when polyps reach significant sizes.

The clinical picture of endometrial polyps is characterized by:

These symptoms should be carefully analyzed by a  gynecologist, since they are very reminiscent of the symptoms of endometrial cancer. Accurate differential diagnosis is critical.

In a sense, some endometrial polyps can be compared to natural intrauterine devices (IUDs). This is explained by the growth of polyps in the immediate vicinity of the fallopian tubes: the polyp, by blocking the opening of the fallopian tube, prevents the fertilization of the egg.