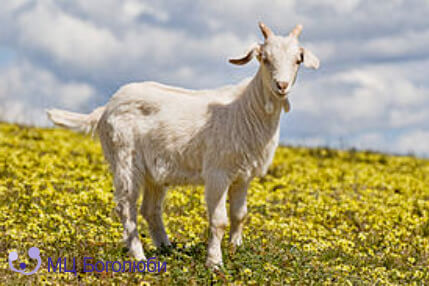 A popular commercial with a restless goat that haunts a poor woman everywhere, promises instant magical healing to all women suffering from candidiasis. Like, take a pill, or put suppository in- and no more goats for you. Disease sinks into oblivion - and forget about it. Of course, if everything happened as guaranteed by advertising, then there would be no dandruff, caries, or candidiasis on the planet. But this is far from the case. And in our article today, we will be talking about this very last misfortune, which many now firmly associate with the adherent goat and is called thrush, or candidiasis.

Candidiasis  - is an inflammatory disease of the mucous membranes, skin, genitourinary and other human systems, the causative agent of which is a yeast-like fungus of the genus Candida. Candida - saprophytes, conditionally pathogenic inhabitants of the skin and mucous membranes of a healthy person. And in order for a whole militant army to grow out of relatively «"peaceful" » microorganisms, certain factors favorable to the disease are necessary.

First, this is a drop in general immunity. The trigger for this may be, for example, stress. Secondly, prolonged use of antibiotics, corticosteroids, cytostatic drugs. Thirdly, endocrine diseases and the abuse of carbohydrate-rich foods. In addition, pregnancy, prolonged using of loop, tight synthetic underwear can be attributed to purely «female» risk factors. /p>

Risk factors for men are:

In  men with candidiasis the head of the penis and foreskin are affected. In women, mainly there is candidiasis of the external genital organs and inflammation of the vagina.

Patients complain of itching, burning, pain during intercourse. In men, the inner foreskin becomes bright red, swollen, the skin of the head of the penis is covered with white coating with an unpleasant odor. Women have curdled vaginal discharge.

Often, a lady, having discovered such secretions in herself, independently determines the diagnosis and runs to the pharmacy by the suppository from an advertisement about a goat, and not to a  gynecologist. But it’s not a fact that the lady has candidiasis. This can be  chlamydia , или or gardnerellosis. . Therefore, it is better not to be smart, but to go to a specialist. The doctor will prescribe the necessary tests, which will help determine the most effective treatment method.

With a mild course of the disease, local treatment (vaginal suppositories, tablets, creams) is sufficient, with more serious ones, oral medications. Pregnant candidiasis is treated only with local drugs under the supervision of a doctor.

Review your diet. It should have more healthy foods (fruits, vegetables, dairy products) and less refined. Excess sugar in your daily menu creates a favorable environment for the growth of funguses.

Wear underwear made from natural, «breathable» fabrics , that provide airflow to the skin. Do not overdo it with douching, so as«not to "wash" » all the healthy microflora. Avoid random sex and use  condoms. . And in case of suspicion of candidiasis, contact the doctors of the Bogoliuby Medical Center for timely help..