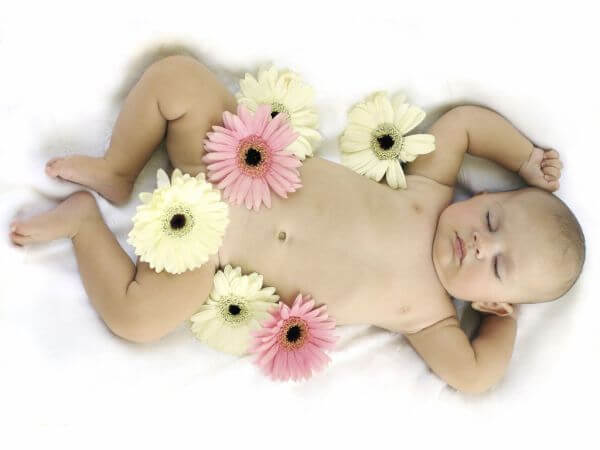 The period from the beginning of the third month to the end of fetal life is called  the fetal, or fetal period. It is characterized by the maturation of tissues and organs and the rapid growth of the body. During this period, few malformations occur, although deformations can occur. However, using prenatal diagnostic methods  congenital malformations  can be recognized. . In addition, behavioral disorders, learning disabilities and decreased intelligence may result from harmful effects on the central nervous system.

The length of the fetus is served as the crown-rump (length) (CRL) [sitting height], or the crown-heel (length) of fetus (CHL) [standing height], which is measured from the top of the toe. These measurements, expressed in centimeters, are related to the age of the fetus, expressed in weeks or months. Elongation of the fetus is particularly impressive during the third, fourth and fifth months, while weight increases most strongly in the last two months of pregnancy. In general, it is believed that the duration of pregnancy is  280 days, or 40 weeks,from the beginning of the last menstruation, and more precisely- 266 days, or 38 weeks, after fertilization.

One of the most impressive changes that occur during the fetal period is the relative slowdown in head growth compared to other parts of the body. At the beginning of the third month, the head is approximately half the parietal-coccygeal length. By the beginning of the fifth month, the size of the head is one third of the parietal-calcaneal length, and at birth this size is one quarter of CHL. Therefore, over time, body growth accelerates, and head growth slows down.

During the third month, the face of the fetus becomes like a human. The eyes, initially directed laterally, are shifted to the ventral surface of the face, the ears also approach their final position on the sides of the head. The limbs reach their relative length, although the lower limbs are still somewhat shorter less developed than the upper ones. Until the 12th week, primary centers of ossification appear  in long bones and skulls.. External genitalia reach such a degree of development that gender can be determined by  ultrasound examination.. During the third week intestinal loops entail a significant bulging of the umbilical cord. but by the 12th week they are drawn into the abdominal cavity. At the end of the third month, aborted fetuses can cause reflex muscle activity, but muscle movements are still so weak that the mother is not yet noticed.

During the fourth and fifth months, the fetus grows rapidly in length and at the end of the first half of fetal life, the parietal-coccygeal length is approximately 15 cm. The weight of the fetus does not increase much during this period and by the end of the fifth month is less than 500 g.

The fetus is covered with delicate hair called  lanugo;eyebrows and hair on the head are also visible. From the fifth month, fetal movements are clearly recognized by the mother.

In the second half of fetal life, weight significantly increases, especially over the past two and a half months, when the fetus gains 50% of birth weight. During  the sixth month the fetal skin has a reddish color and wrinkles due to a lack of connective tissue. A fetus that is born in the sixth month, or in the first half of the seventh month, is very difficult to survive. Although several organ systems can function, the respiratory and central nervous systems are underdeveloped and coordination between the two systems is not well established.

Over the past two months, the fetus has become expressively rounded as a result of the deposition of subcutaneous fat. At the end of fetal life, the fetus is covered with a whitish fatty substance, which consists of the secretion products of the sebaceous glands. When the fetus reaches 18 weeks of age, it is capable of survival, albeit with great difficulty.

At the end of the ninth month, the head has the largest dimensions among all parts of the body, which is an important factor with an eye to passing through the birth canal. At birth, the weight of a normal fetus is 3000 - 3400 g, its CRL is about 36 cm, CHL is about 50 cm. Sexual symptoms are well defined, testicles are lowered into the scrotum.