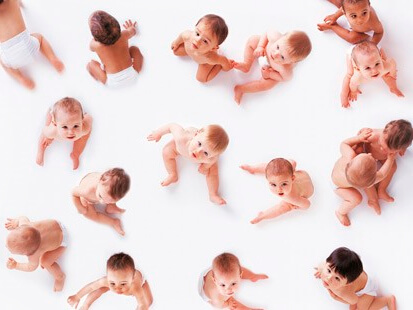 What is intrauterine insemination and how is it carried out?

When is intrauterine insemination performed?

On the man side:

Is insemination performed in the natural cycle?

Yes, it is. Insemination is carried out in the natural cycle, although the rate of pregnancy is lower than in the stimulated one, when 2 or more eggs are ready for fertilization.

What medications are used for the procedure?

Intrauterine insemination can be performed without the use of ovulation stimulation, that is, in the natural cycle, without using medications. It is worth knowing that the rate of pregnancy when choosing this method is low. Studies show that insemination in combination with drugs that stimulate follicular maturation increases pregnancy rates. Most often, the following drugs are used: clomid, letrozole, menopur or others. Chorionic gonadotropin is also used, which helps the eggs that mature to leave the follicle.

What size should reach the follicles to start the procedure?

The process of follicular maturation is carried out under the supervision of  ultrasound. Therefore, the follicle size in the natural cycle should be 20-24 mm., The same when using clomiphene, when using follicle-stimulating hormone (FSH) preparations at least 17-18 mm., Combined FSH + LH drugs at least 16 or 17 mm. Sometimes, depending on the characteristics of the body, the size of mature follicles is 14-15 mm.

To get the best results, how many follicles should be matured?

According to the literature, the best result can be obtained if 3-4 follicles matures, but at the same time the risk of a multiple pregnancy increases.

What complications can occur with insemination?

Usually the procedure does not cause complications. If drugs are used to stimulate ovulation of the onset of hyperstimulation syndrome, it is unlikely, since the dose is very low.

What tests should be done before insemination?

The examination plan is determined by the doctor after the initial examination of the patient and the survey. Usually, to determine the best treatment plan, your doctor may prescribe the following procedures or examinations: hysterosalpingography - an X-ray examination of the uterus and fallopian tubes with which you can determine the patency of the latter; Ultrasound of the organs of the reproductive system; follicle-stimulating hormone (FSH) and estradiol levels to determine ovarian function; seminal fluid analysis (spermogram) or other routine tests: an extensive blood count, a general urinalysis, thyroid hormones, prolactin, testosterone or others that will help determine the cause of infertility.

Where is sperm taken and how is it processed?

What is a sperm wash?

This is a laboratory procedure allows you to separate sperm from seminal fluid, dead sperm, white blood cells, bacteria and viruses, as well as select sperm with better morphology and motility. You should be aware that today insemination with non-washed (native) sperm is not carried out due to complications that may occur, in particular, severe uterine spasm.

How long do sperm live after washing?

What should be the quality of sperm for insemination?

In order to achieve the optimal level of fertilization, sperm must meet the following criteria:

Is insemination performed if all indicators of the partner's spermogram are within normal limits?

Yes, it is. If all indicators of the spermogram are within normal limits, then the cause of infertility can be diseases of the cervical canal of the cervix. You need to know that normally a small amount of sperm can pass through cervical mucus, and even less - reach the uterus and fallopian tubes. During intrauterine insemination, millions of normal sperm are released into the uterus, which do not need to overcome the obstacles of the cervical canal.

When is insemination better to perform?

Insemination is carried out 6 hours before or after ovulation. Usually, the result of the procedure is better if it is performed before ovulation, when the sperm «waits» for the egg. If insemination occurs against the background of induction of ovulation of the choir with horionic gonadotropin, then insemination is carried out 24 to 48 hours, usually 36 hours after stimulation. If two insemination procedures are prescribed, the first is carried out on the day the drug is prescribed, and the second after 36 hours. The egg retains the ability to fertilize for about 48 hours after ovulation, after which the membrane that surrounds it begins to thicken and the sperm cannot penetrate into the cell. Sperm cells remain alive and are able to fertilize the egg within 4-7 days.

What is the effectiveness of the insemination procedure?

The data of literature and scientific journals are very different and make up from 6% to 26%. Such a difference may be due to different age of the patient, concomitant diseases, sperm quality and other factors. A low pregnancy rate is observed during the procedure in the natural cycle, and higher with moderate stimulation of ovulation, when 2 or more follicles grow. Another important factor is the number and motility of sperm after washing. On average, according to statistic, the rate of pregnancy is 15-20%. Moreover, the level of multiple pregnancy is 23-30%.

What do women feel about insemination?

Most women compare the procedure of insemination with the collection of smears for cytological examination, the procedure does not cause pain. After carrying out it, minor abdominal cramps are possible, and the remaining symptoms are most likely associated with the natural process of ovulation than with insemination. The introduction of a catheter also does not cause pain, since the cervix slightly opens during ovulation.

Do I need to lie after insemination?

There is no evidence that if you remain in the supine position for some time after the procedure, this will increase the percentage of pregnancy, since the cervical canal remains closed. Although many doctors allow their patients to spend 20-30 minutes after the procedure on the bed.

Can sperm leak after the procedure?

Once the sperm is inserted into the uterine cavity, it does not leak out of there. You may feel an increase in the production of mucus due to the passage of a catheter through the cervix. Some doctors use special caps to «close» the cervix, but most doctors do not consider this necessary, since this does not affect the result of insemination..

Does one need to limit physical activity?

There is no need in this. You can continue the usual way of life. Although, if you feel bad or feel cramps or pain in the lower abdomen, then you need to limit the load.

Is it allowed to have sexual intercourse after insemination?

How many attempts at intrauterine insemination do you need to go through to start the in vitro fertilization program?

The number of attempts primarily depends on your financial viability. We recommend 3-4 attempts for all our patients, and then consider the possibility of in vitro fertilization. Foreign clinics recommend going through 6 cycles.

Is it possible to inseminate at home?

No, it’s not. The procedure should be carried out under the supervision of medical personnel, in addition the sperm will be processed in the laboratory.

How many days after insemination do you need to do a pregnancy test?

Implantation (attachment) of the embryo to the uterine wall occurs 6-12 days after ovulation, therefore, we recommend that the test be performed 14 days after the procedure. In addition to all our patients, we carry out determinations of chorionic gonadotropin in the blood serum to confirm pregnancy.

Is bleeding possible after the procedure?

Yes, it is. There may be slight«spotting», that normally occurs during ovulation, or if the doctor used the forceps to fix the cervix for the procedure. If you have severe bleeding after the procedure, consult a doctor immediately!