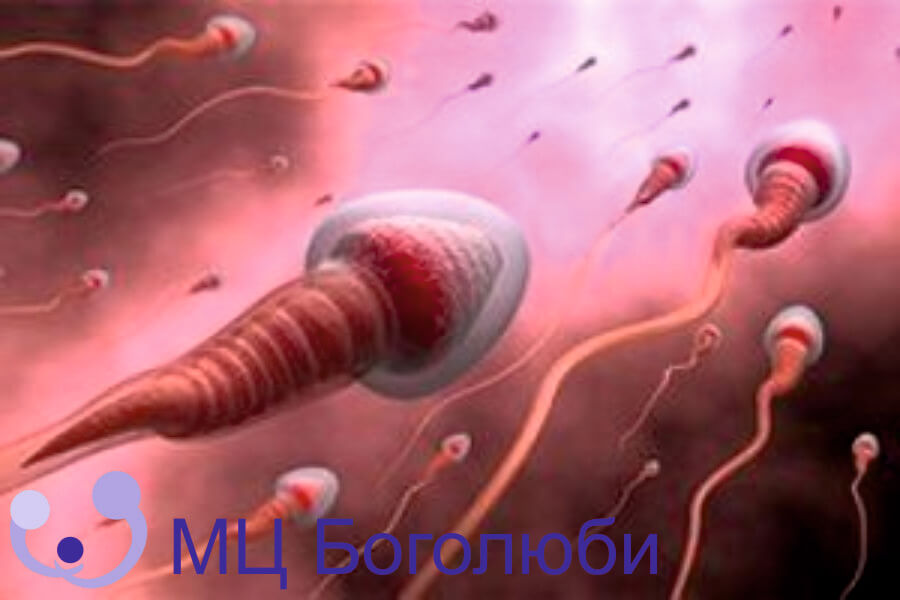 Spermatogenesis  is the process of development of male germ cells, regulated by hormonal effects. In the male body, the primary reproductive cells are dormant before puberty begins, and only then do they begin to differentiate in  spermatogonia. The latter give rise to spermatocytes. Four spermatids are formed from each  spermatocyteafter two consecutive meiotic divisions. Spermatids undergo a series of changes (spermiogenesis), which include:

The time required to convert spermatogonia to a mature sperm is approximately 64 days.
Formed sperm enter the lumen of the seminiferous tubules. From here they advance towards the tubules of the epididymis, due to the reduction of the wall elements of the seminiferous tubules. Sperm cells are initially inactive, they acquire the full amount of active motility in the epididymis.
It is known that more than 40% of cases of male infertility   are associated with a violation of spermatogenesis. For complete sperm formation, a temperature of 33.6 of deg;C is required. It is not in vain that the testicles are «carried»,outside the body.

Excessive heating of them outside (heat, hot baths, tight-fitting underwear) leads to a decrease in sperm formation. The effect of temperature can be defined as an external factor  affecting spermatogenesis. Here should be also included: :

In the treatment of disorders of spermatogenesis, emphasis should be placed on eliminating its causes. Infectious diseases are treated with antibiotics for about 3 weeks for both spouses. Hormonal drugs are also used. In this case, the treatment period is about 12-15 weeks. With certain indications (cryptorchidism, varicocele, inguinal and inguinal-scrotal hernias etc.), surgical methods also occur.
In any case, for an adequate assessment of your health status, it is better to contact our specialists at the   Bogoliuby Center for Reproductive Medicine  and do not self-medicate.