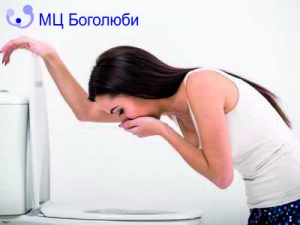 The term «toxicosis» in translation from Greek literally means poisoning. In the first months of pregnancy, 75% of women suffer from it. In fact, this is a complex of pathological changes in the body, in which toxic substances enter the bloodstream.
Traditionally, the expectant mother is worried when the toxicosis will end, and what harm can this condition do? To answer them, we will consider what changes occur in the pregnant woman's body, and what causes a toxicosis reaction.

Despite the apparent obviousness of the causes of toxicosis, scientists still continue to discuss them. A number of theories have been put forward: adaptation of the body, changes in the hormonal background and the formation of the placenta.
So, one of the probable reasons is the development of the placenta, which continues to release toxic components into the blood until the 4th month of pregnancy. Another theory suggests that the growing fetus in the womb is perceived as a foreign body and is attacked by the maternal immune system, with the subsequent formation of toxic substances. Alternative medicine explains early toxicosis as self-cleaning organism.
Sometimes toxicosis can be caused by psychological reasons: unwillingness to give birth to a child, self-doubt as in a mother.
Whatever the true causes of the condition, with a high degree of probability it can be argued that if the woman was absolutely healthy before conception, ate natural foods, drank clean water and breathed clean air, then she would have no toxicosis.
For most women living in industrial centers, daily poisoning by processed products of enterprises and vehicles is the norm. In addition, the strength of habit plays an important role - the frequent use of sausages, smoked meats, fast food with synthetic additives. All this creates the prerequisites for toxicosis and future diseases.

There are early toxicosis (in the first three months of pregnancy) and late (in the last two months).
Toxicosis in early pregnancy is accompanied by nausea and heartburn. In addition, the following symptoms appear: vomiting, diarrhea, increased secretion of saliva, profuse vaginal discharge, rash (occurs when the internal organs can not cope with the release of toxins, and the skin is involved in removing them).
The moment of manifestation of intoxication is individual. In some women, nausea occurs from the first day of pregnancy and is a sign of conception. In others, discomfort begins only after 4 weeks. Unambiguously answer the question: "At what week does toxicosis begin?" - impossible. However, we can determine the time when the unpleasant state ends. Typically, in most women, nausea and vomiting by the fourth month of pregnancy completely stop. This is due to a number of processes: stabilization of the hormonal background; completion of the formation of the placenta.

There are three degrees of toxic manifestations: mild, moderate and severe. With a mild degree, slight nausea is noted in the morning, the urge to vomit (without subsequent vomiting), a slight malaise, and aversion to certain smells. With an average degree of vomiting during the day, vomiting from 1 to 4 times a day. Severe toxicosis is characterized by repeated vomiting, pressure surges, dehydration, and the smell of acetone.

The consequences of toxicosis

In severe toxicosis, electrolyte metabolism and acid-base balance are disturbed. The absorption of nutrients needed by the mother and the growing child is stopped. One of the consequences of toxicosis is the loss of mineral salts, which leads to osteoporosis and spasms of the calf muscles. Mineral deficiency is compensated by the bones and teeth of the mother. Caries is actively manifested, injuries and fractures are possible with small loads.

Toxicosis during pregnancy is not the norm, but pathology. If you are concerned about the symptoms of toxicosis, you should not risk, contact the Bogoliuby MC specialists for timely help.  The gynecologist  will determine the optimal therapeutic strategy that will eliminate toxic effects, normalize hormonal levels. Traditional drugs used for toxicosis: motilium, smectite, activated charcoal, injections of vitamin B. Mint tea, rosehip infusion and a decoction of valerian roots are useful from folk remedies. Food should be taken in small portions and often. And toxicosis can be prevented with the help of proper preparation for pregnancy - this is proper nutrition and proper rest.