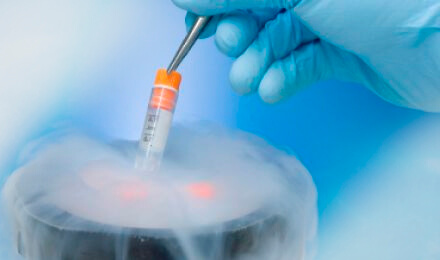 Let's talk about  freezing  or  cryopreservation from scientif point of view. What is this method and how can it help us in the fight against infertility? The term «cryopreservation» itself means literally «keeping in the cold». And the first publication, which mentioned the ability of sperm to fertilize, appeared after freezing in 1866. The author of the article was the Italian doctor Paolo Montegazza, who was the first to propose freezing the sperm of soldiers who participated in the battles. To maintain reproductive potential.

The ideas of the Italian did not go unnoticed by descendants, and already in 1954 Sherman and Bung reported in the press that a child was born who was conceived as a result of insemination with cryopreserved sperm. In a word, behind the freezing, the great future was decided by scientists and even began to seriously think about taking the path of immortality using such an original method. The famous cryonist - Robert Etinger even froze his own deceased mother in order to «resurrect».

her in the future. But it’s still far from ensuring cryo-immortality, but freezing sperm, an egg or an embryo is a real possibility for us to solve the problems of infertility. Of course, for our mothers and grandmothers all this sounds too futuristic, but modern technologies do not stand still, and we should not lag behind life, referring to someone else's fears and superstitions.

It makes sense to think on the cryopreservation of oocyte for women who are facing serious medical treatment that poses a threat to reproductive function (for example, with cancer). To obtain a sufficient number of cells, resort to hormonal stimulation. Oocytes are removed at the Bogoliuby Center for Reproductive Medicine under general anesthesia and  ultrasound -monitoring. 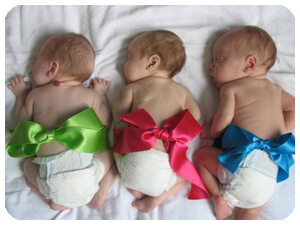 Thawed eggs are usually used in  ICSI- programs (introducing a single sperm into the egg), as the defrosting process does not affect the ovular membrane in the best way.

Successful childbirth, after the thawed embryo was transferred to the uterine cavity, was first discussed in 1983 thanks to a group of Karl Wood from Monash University.

High-quality embryos are usually frozen, as if “additional”, which were not used in the IVF program. After all, it happens that pregnancy does not occur and then these embryos can be thawed to make another attempt.

8      4.5
What do we offer in your case? Tell us about your problem and we will help you! Tell about your case