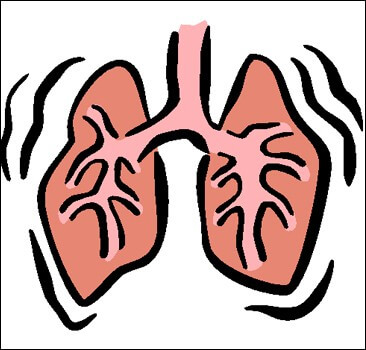 Before birth, the lungs are filled with a liquid that has a high concentration of chlorides, a low protein content, a little mucus produced by the cells of the bronchial glands, and a surfactant. The amount of surfactant in the alveolar fluid increases, especially in the last weeks before birth. Fetal breathing begins before birth.

As a result of respiratory movements after birth, air enters the lungs, expands and fills the pleural cavity. Despite the fact that the alveoli somewhat increase in size, lung growth in the postnatal period is carried out mainly due to an increase in the number of respiratory bronchioles and alveoli. It was established that at the time of birth there is only one sixth of the number of alveoli in the lungs of an adult. The remainder of the alveoli is formed during the first 10 years of postnatal life through the constant formation of primitive alveoli.

Surfactant is very important for the survival of  a premature baby. With an insufficient amount of surfactant, the surface tension in the air - blood system rises and the risk of alveolar collapse during expiration increases. The result of this is the development of respiratory distress syndrome, which often leads to the death of a premature baby. In such cases, the alveoli contain a liquid with a high content of protein, hyaline membranes, lamellar bodies. This disease is also known as hyaline membrane disease and accounts for approximately 20% of the structure of neonatal mortality. The latest developments of artificial surfactant and the treatment of premature babies with glucocorticoids to stimulate the production of surfactant have reduced mortality from respiratory distress syndrome, and even nursed babies born at 5.5 months of gestation have been nursed.

Clinically, the most important are congenital  lung cysts. These cysts can be small and numerous, giving the lungs an x-ray look of a honeycomb, or they can be one or several big one. Cystic structures of the lungs tend to be poorly drained, often causing chronic infections. 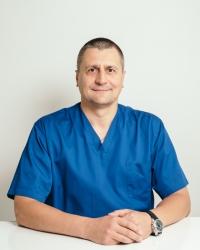