What is HLA compatibility of spouses and how to check it 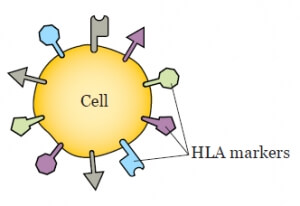 A frequent reason why a woman cannot become pregnant or the pregnancy is terminated spontaneously is the genetic incompatibility of the spouses, more precisely, compatibility with HLA antigens. Therefore, spouses who have not been able to conceive or bear a child for a long time are recommended to do an analysis for HLA compatibility. Why this research is needed, how it is carried out and what to do if the result is disappointing, says Iryna Roiko, obstetrician-gynecologist at the «Bogoliuby Center».

What is HLA compatibility?

HLA (human leukocyte antigen) is a human leukocyte antigen, difficult complex of proteins. Their task is to identify body cells, recognize «friend or foe», determine compatibility, and also support certain types of immunity.
Each person has their own unique set of HLA antigens. A genetic compatibility test determines which antigens a spouse has. Ideally, spouses should have different HLA antigens. If several HLA antigens are similar in them, then this may be the reason for termination of pregnancy or not pregnancy.

Why is pregnancy terminated or not occurring due to genetic incompatibility?

For the normal course of pregnancy, an important factor is the maximum difference between parents in antigens. Normally, embryo HLA antigens differ from the maternal set by the presence of father antigens. Thus, for the mother's body, the unborn child is «half alien». It is this «dissimilarity» that is the key to the pregnancy of the mother. Nature seeks survival and genetic diversity, so the most viable offspring are obtained by marriage with a genetically dissimilar partner.
If the set of HLA antigens inherited from the father is similar to the maternal one, then, accordingly, the HLA antigens of the embryo are more similar to the maternal ones. In this case, the mother’s immune system perceives such an embryo not as “«half-alien material», but as an altered tissue of its own organism, for example, a tumor.
In this case, the mother’s immune system «attacks» the embryo and rejects it, which leads to spontaneous abortion. This occurs on days 2-16 of pregnancy when the maternal immune system recognizes embryo antigens. According to statistics, immune mechanisms cause 40-50% of the usual miscarriage in the early stages (up to 6-7 weeks).

How often do incompatible couples cause infertility?

There are many cases when a healthy woman has spontaneous abortion in the early stages. Most of these episodes go unnoticed and are attributed to delayed menstruation. According to statistics, with every third episode of female infertility and unauthorized termination of pregnancy in the early stages there is a genetic incompatibility. Therefore, couples who are unable to conceive a child or have experienced miscarriage of an unclear origin are recommended to be tested for HLA compatibility.

Who is recommended to do HLA typing analysis?

HLA typing is not a standard procedure during pregnancy. This test is prescribed only in cases with constant miscarriage and with repeated failures of in vitro fertilization.

What is HLA typing analysis?

To conduct an analysis for HLA typing, spouses need to donate blood from a vein. White blood cells are secreted from it, since HLA antigens are better represented on them, then they are examined further. The result of the analysis shows how many matches the spouses have.
The lack of coincidence is ideal for a trouble-free pregnancy.
The more HLA antigens are similar in spouses, the higher the risk of miscarriage.
About 35% of couples with repeated cases of miscarriage have 2-3 matches each.
If four or more matches are found, then miscarriage and unsuccessful  IVF  attempts will be in almost all cases.
The complete immunological incompatibility of the pair is indicated in the case when a high percentage of matches (five or more).

What to do if a couple is genetically incompatible?

Even if some HLA antigens are the same, do not despair. Today there is a therapy that helps a couple conceive a child and maintain a pregnancy.
Pregnancies with genetic incompatibility continued 30 years ago. Then they took a piece of human skin and hemmed it pregnant. Then the whole attack of the mother’s immune system is aimed at an alien patch of skin, and not at the child.
Now medicine has stepped forward a lot. There are certain methods and drugs that help how to get pregnant with genetic incompatibility, and to endure, save the child. Now the most common way to combat spouse HLA affinity is through immunization. Children in such families are born normal. The main thing for such a couple is to find a good specialist who would lead the spouses from the moment of conception to the birth. In this case, you must follow all the instructions of the doctor. Such a spouse can not do without preserving the pregnancy medically. The main thing is not to be upset and go to the goal - to have children. Everything is possible! 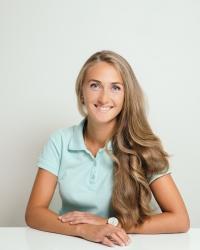