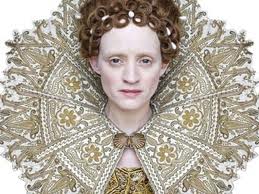 As the sexual development of men and women begins identically, it is not surprising that anomalies occur during differentiation of sex. In some cases, these anomalies lead to the appearance of individuals with signs of both sexes, known as  hermaphrodites. True hermaphrodites simultaneously have testicular and ovarian tissue. In 70% of cases, this is karyotype 46, XX, and usually there is a uterus. The external genitalia are not deterministic, or predominantly female, and most of these individuals are brought up as women.

Most often due to congenital adrenal hyperplasia (adrenogenital syndrome). Biochemical abnormalities of the adrenal glands lead to a decrease in the production of steroid hormones and an increase in the level of adrenocorticotropic hormone. Such patients have chromosome set 46, XX, have sex chromatin bodies in their nuclei, have ovaries, but excessive production of androgens causes masculinization of the external genital organs. This masculinization can range from clitoral enlargement to the formation of almost completely male external genitalia. Often observed: clitoral hypertrophy, partial fusion of the labia majora, as well as a small urogenital sinus.

Have a chromosome set of 46, XY, and in their cells do not show signs of the presence of sex chromatin. The basis of this pathology is a decreased synthesis of androgens and MIS (Mueller inhibitory substance). Internal and external sexual characteristics can vary markedly depending on the degree of the external genitalia.

Testicular feminization syndrome occurs in patients with chromosome set 46, XY, but with the phenotype of normal women. This pathology occurs as a result of the lack of androgen receptors, or tissue failure to respond to the receptor-dihydrotestosterone complex. Because of this, the androgens produced by the testes are not capable of differentiating the male genitalia. Since patients have testicles that produce the Müller inhibitory substance, their paramesonephral system is depressed, and the fallopian tubes and uterus are absent. The vagina is short and ends blindly. The testes are often located in the inguinal or labial area, but they do not have spermatogenesis . In addition, there is an increased risk of malignant transformation of testicular tissue, and 33% of these individuals develop malignant neoplasms before the age of 50. This syndrome is extremely rare and is found in 1 in 20,000 newborns. Some modern historians claim, for example, that Queen Elizabeth Tudor suffered from the aforementioned syndrome.

The most common anomaly of sexual differentiation, which occurs with a frequency of 1 in 500 people, is  Kleinfelter's syndrome. Patients are characterized by infertility, gynecomastia, varying degrees of puberty disorders and, in some cases, a decrease in androgen levels. The most common causative factor is non-divergence of XX homologs during meiosis.

Dysgenesis of the gonads is  - a pathological condition in which oocytes are absent and the ovaries take the form of “strip gonads”. Individuals are women by phenotype, but can have different chromosome sets, including ХY. ХY female gonadal dysginesis  (Swair syndrome) is a consequence of a point mutation. Such individuals seem to be a normal female, but they lack menstruation and do not develop secondary sexual characteristics during puberty. Children with Turner syndrome also have gonadal dysginesis. They have a karyotype 45, X, short stature, high arched palate, peri-partial, thyroid-like chest, abnormalities of the heart and kidneys, and inverted nipples of the mammary glands. The absence of oocytes in case 45, X is due to their increased loss, and not to abnormalities of germ cells.